No matter how old you are, it’s never too late to write your first play. Keep in mind that Samuel Beckett, Harold Pinter, and Joe Penhall all only found success later in life with playwriting.

Here are the best top tips for first-time playwrights.

Listen to the Stories around You

If you’re struggling to come up with a plot, simply listen to the stories around you for inspiration. People love to tell stories and all you need to do is pay attention.

What Is Your Story?

Once you’ve come up with a semblance of a plot, ask yourself what the story is. Attempt to summarise it for yourself in a single sentence, write it down, and stick it somewhere you’ll look at multiple times a day.

In order to be a successful writer, it’s imperative that writing becomes a habit. Even if you only write a few short pieces a day, always try to write something.

Once you get into the habit of writing, your ideas will flow more freely.

Write Too Much at First

Once you start writing your play in earnest, you should always write too much at first and cut it back later.

Flesh out your characters, set the tone, and delve as deep as possible into your plot.

Do What Works for You

It’s been said that women tend to be more subconscious in their writing, while men tend towards more planning.

It’s important to present your protagonist with challenges and obstacles to preface all character development.

Just as in life, struggle and strife builds character and your protagonist should’ve changed by the end, even if only marginally.

Consider the wants and objectives of your characters and have these come through in subtle ways.

Feel free to have the objectives of characters change as the plot plays out – don’t limit yourself or your characters.

Create memorable characters by making them larger than life in some way.

While we don’t advise writing every character in this way, you want specific characters to stick out in the viewers mind long after the final curtain has dropped.

The most profound statements are often those that aren’t even spoken out loud.

Consider the subtext of your dialogue and keep in mind that people don’t always say what they mean.

When you get to the end of the writing process, you may think you’ve written a masterpiece, but it’s important to remain objective.

Attempt to read your play from the perspective of a first-time reader and gauge whether you still feel the same way.

Don’t rush your writing to finish your play and submit it. Once completed, set your play aside and don’t look at it for a few weeks.

Return to it with fresh eyes and see if any improvements can be made. 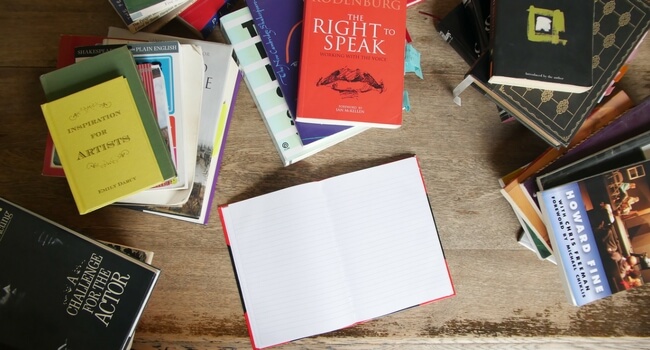 If you’re hoping to become a successful theatre actor, it’s a good idea to expand your knowledge of playwrights and their celebrated plays. Being able to see these plays performed